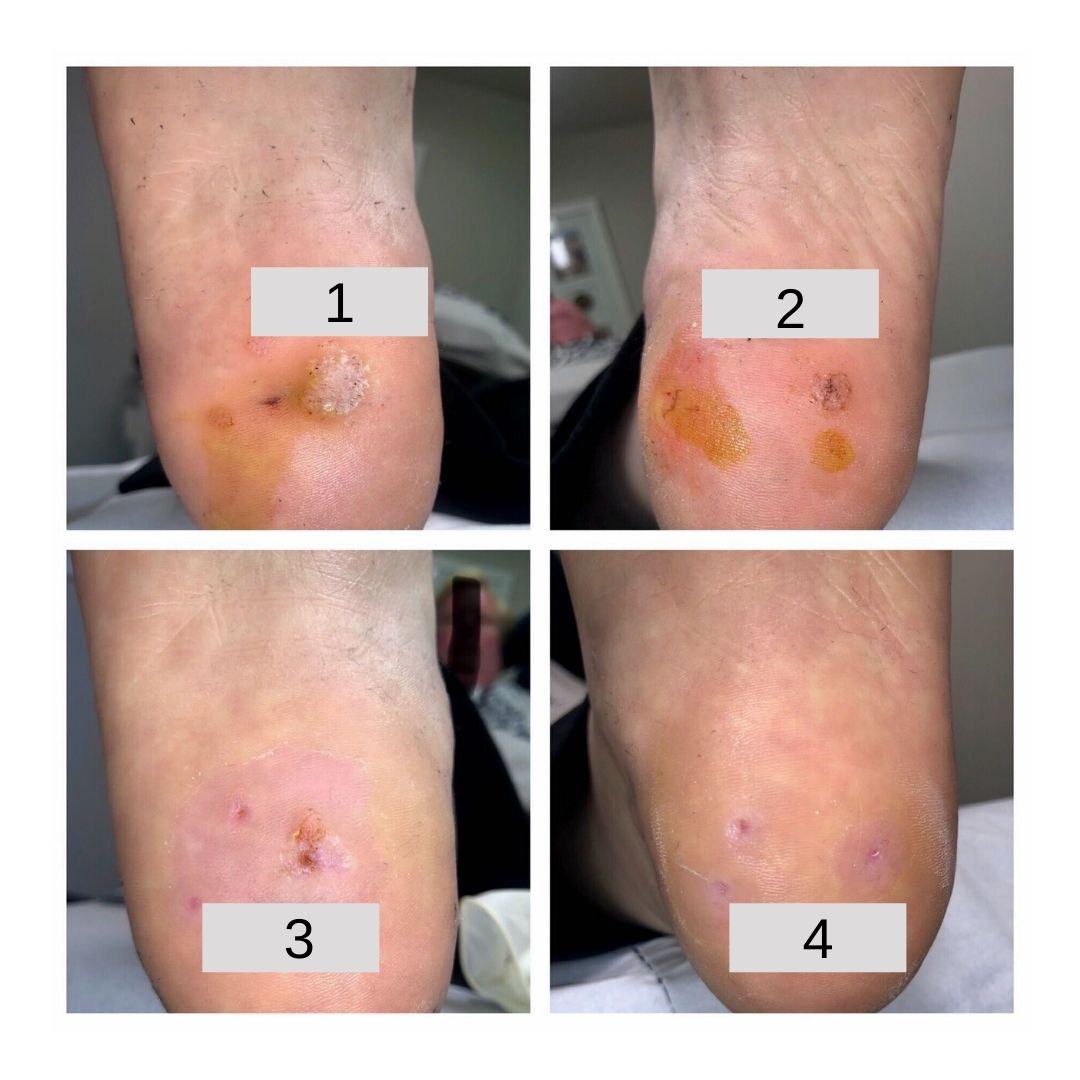 Posted at 08:57h in Uncategorized by alison
0 Likes
Share

(Due to privacy reasons, we have kept our patient’s name anonymous)

“I had three plantar warts on each foot and a serious one on the right heel. I went to a podiatrist who recommended acid cream to burn them off. After the first weekend, I asked for an alternative and was told I could freeze them or have them cut out by my local GP. After 3 painful freezing treatments over 4 months, the warts were still there and the large had worsened. My gait was affected; it was painful walking on my right foot. The final option was to have the warts and surrounding tissue removed under a local anaesthetic. The risk of infection didn’t appeal to me, so I did some research.

I found the footinjuryclinic website and discovered their new technique called Swift Microwave Therapy. As I have a technical background, the concept of treatment with microwaves targeting specific wart areas under the skin and at programmable depths made sense to me.

I met with podiatrist Russel Rubin, who explained how and why this technique works so well on plantar warts and the advantages over current methods of removing them. My first treatment was under a local anaesthetic. The microwave depth was set and each wart was zapped several times, although I felt nothing. After limping with sore heels walking in, I walked out normally with NO pain at all!

The heels hurt a bit over the next few days and during the next few weeks I was told to bathe my feet in warm water with Epsom salts and dress them every day. The outer skin remained unbroken and blood capillaries under the skin created dark patches around the major wart areas which was part of the expected result. I could walk on my feet with the dressing on without any problem, which I doubt would be the case if they had been surgically removed.

After several follow up visits, both feet were healing very well and any dead tissue was scraped away from each wart. However, the large wart, although greatly reduced, was still present so a second minor microwave treatment without anaesthetic was performed. This was painful for a few seconds at the time, but bearable. With continued bathing and dressing for a month, this was also cured.

I had the final inspection today and, despite a little scar tissue on the surface which will disappear in time, my feet are in great condition – as if there were never any warts. I highly recommend Swift Microwave treatment.”

If you have warts you just can’t get rid of, speak to our podiatrists about Swift Microwave Therapy.